The Maker pHAT (partially Hardware Attached On Top), from Cytron Technologies, is a unique Raspberry Pi pHAT consisting of many different on-board functions and features, which is all meant to go towards assisting a newer Raspberry Pi maker. For newbies, as I have once been before, I had many issues involving additional devices, troubleshooting the GPIO (General Purpose Input Output), finding the right GPIO pinout or even getting started with wiring up components. However, with the Maker pHAT mounted onto your Raspberry Pi, it can solve these issues easily and quickly. Newer makers can use this pHAT to simplify learning electronics, troubleshoot& prototype circuits, and to get started with the Raspberry Pi at first. The good thing about this pHAT is that it can be fitted onto any standard Raspberry Pi board and can be used with Windows, Mac or Linux. This tutorial will provide everything you need to get your Maker pHAT ready to be used on a Raspberry Pi. The pictures below show the overall pinout of the Maker pHAT and it being mounted onto the Raspberry Pi Zero WH and the Raspberry Pi 3 Model B+: 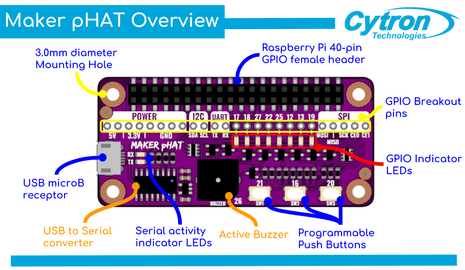 Setting it up on a Raspberry Pi Zero wh

1. Above, you can see how easy it is to mount the Maker pHAT on to a Raspberry Pi Zero WH. Insert the SD card like normal and just place the Maker pHAT, with its back side down, aligning the Maker pHAT's pin holes to the Pi's GPIO pins. The pHAT and Pi should all be facing in one direction as shown in the image above. With all of that done done, you are ready to go. You can plug all your necessary accessories (display, keyboard, mouse, audio and more) as usual and you're now good to go!

SETTING IT UP ON A RASPBERRY PI 3 Model B+

1. As you can see from the image above, setting the Maker pHAT up on a Raspberry Pi 3 is fairly easy. Plug the SD card in the slot as you would normally do, either lay down the 2x20 stacking header or not, and line up the Maker pHAT's pin holes with your Raspberry Pi's GPIO pins. Make sure the pins are all aligned perfectly and the pHAT should be facing in the same direction as the Pi's body, as seen in the above image. With that done, you can now plug in all of your other accessories (mouse, keyboard, audio, and more) as usual. You're finished now!

Now, since you have mounted the Maker pHAT onto your Raspberry Pi, we will do some testing to make sure all of the features are working and for you to get familiar with this pHAT! It utilises a Python example code to manipulate the buttons, buzzer and the LED array on the Maker pHAT. Below are the steps to successfully complete the testing: 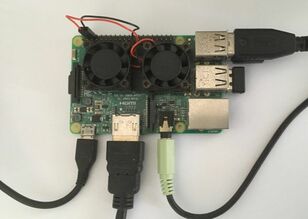 1. Excluding the Maker pHAT mounted onto your Raspberry Pi, you will need a working keyboard, mouse and display screen for you to run the example code. Make sure you have those devices plugged in as seen in the picture above, as well as the Maker pHAT mounted onto your Raspberry Pi also. The OS we will be using is Raspbian and the Raspberry Pi 3 Model B is used in this example.
2. On your desktop window, click on "Menu", in the top left corner, then hover on "Programming", so the sub-menu will appear, and then click on "Python 3 (IDLE)". This will open Python 3, where you will insert the code. 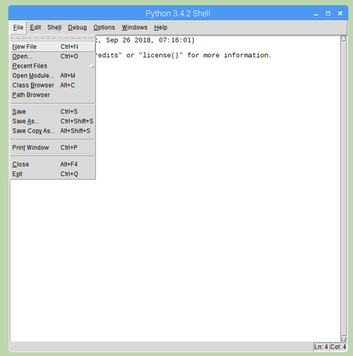 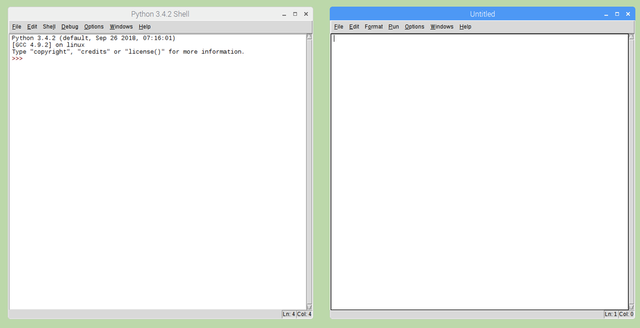 ​3. Once Python 3 is open, click on "File", located on the top functions of the window, and click on "New File" in the dropdown menu. This will open up a new file for you to copy and paste the example code given below. 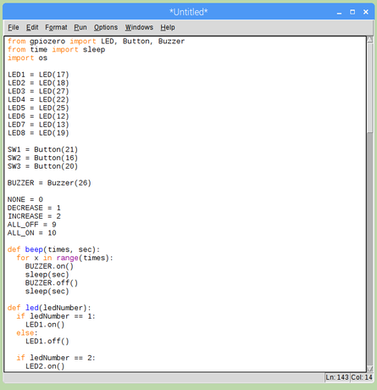 4. Write or copy & paste the following Python example code from the link below to the new Python window which you have opened:
https://gist.github.com/IdrisCytron/9b3e2994eb2142d4ac10cb4d151016e3 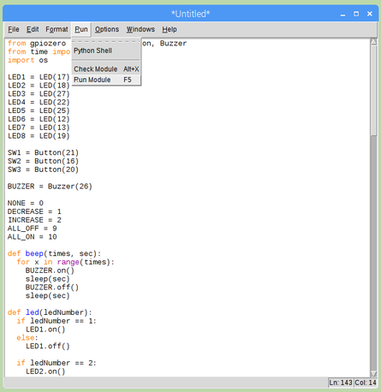 5. Now, once you have the example code written or pasted, click on "Run", located at the top of the window, then click on "Run Module" in the dropdown menu. This will run your code in that window. 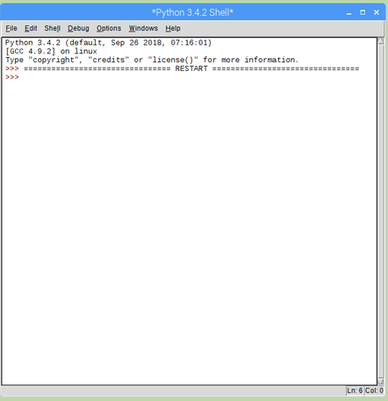 6. However, before you can run the example code, you will need to save it as shown in the image above. You can save it in the "Documents" folder with the name set as "MakerpHATDemo.py" to save. After saving it, the Python Shell window should pop up and a beep should be sounded from your Maker pHAT.

If this works successfully, this wraps up the testing!

The Maker pHAT, made by Cytron Technologies, in my opinion, is one of the products which isn't required for intermediate or advanced makers but is recommended for beginner makers exploring the Raspberry Pi. Its functions and features are very easy to grasp at first sight and I think that anybody can pick this Maker pHAT up, mount it, and start using it immediately. One of my favourite things about this module is that you can create so many circuits and projects without having to insert separate modules or components in a breadboard and manually wire it up. All in all, it will definitely be one of the things I consider when purchasing something for a newer maker.
Make sure you check out the review for this board by clicking here.